Yesterday we headed over to the coast to see the large waves.  Winter time is the best time to see these big waves and we were not disappointed.  One of the places we stopped was Shark Fin Cove.  What a place!  I’ve never been there which is sort of surprising since I’ve driven by many times.  All I can say is that I’m glad I had my knees replaced because I never would’ve been able to get down the trail otherwise.  My knees aren’t perfect and they bug me a lot of the time but I made it down and up and was very proud of myself!

Here are some pics to get started.  The first was taken on my iPhone at the top of Shark Fin Cove before we descended down the steep trail.  The second shows the trail from the bottom looking up.  You can see someone standing at the top, probably contemplating coming down or not.  The iPhone photo was edited on Leonardo and iColorama.  I did bring my camera (Dave carried it for me), so I’ll be working on some pictures today since it’s raining out.

Have a great day! 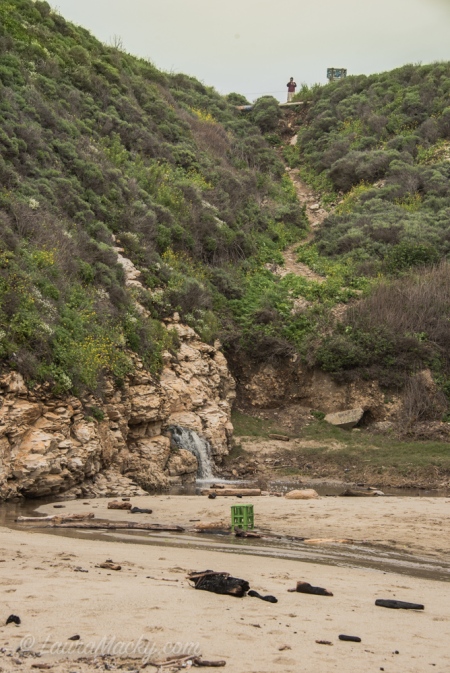 Trail down to Shark Fine Cove