Why is it every time I type Tomales Point Trail it types Tamales!  lol   Silly auto correct.

The other day we went to Tomales Point Trail which goes through the Tule Elk Preserve at Point Reyes National Seashore.  I’d never been to this spot before usually opting for the more famous area of Point Reyes, the Lighthouse.   I’ve included a map so you can see the trail and where we hiked.

I couldn’t carry anything heavy like a zoom lens or even my Nikon because it’s a long hike out there for me, so I opted for my Sony A7 mirrorless with the cheap lens it came with, the 28-70.  As a side note, there is a HUGE HUGE difference between that cheap-o lens and my 16-35mm.  Just a confirmation that glass makes a huge difference!   But honestly, I didn’t really even care because my main excitement was to see the elk and accomplish the hike.  To some, the hike might not seem that much but for me it’s like climbing Mt. Everest given the health issues I have.  I’m paying for it two days later as it sort of wore me down but it was so worth it because…..

We saw two groups of elk!  The first one we came upon contained about 30 elk.  They were too far away for my lens but there were docents there with spotting scopes for people to see them up close.  Naturally we checked them out through the scope.  With our naked eye we could see them clearly though….bulls with huge racks on them on the ridge looking down at us, and activity up and down the hill.  The second grouping came much further along the hike….a pond just off the right side of the trail with maybe 10-15 elk sitting there relaxing.  The docent told us the old bulls come here and just chill and eat the grass around them.  They were spectacular to see so close!   Still couldn’t get a close picture with my lens but I was so thrilled to see them and have included a cropped photo here for you to see.

One thing that was amazing to me is that we could see Bodega Bay from the farthest point we were on the trail.  Also along the walk we saw red fox hunting, an occasional coyote (one crossed the trail right in front of us about 30′ away) and of course a variety of birds flying around.  The trail is 4.3 miles to the point and 4.3 miles back.  We didn’t go the whole way, it was probably another .5 miles out to the point which would’ve added another mile to the hike and it’s a hilly hike so we opted to turn around after seeing the elk.  I was a bit worried about being able to get back but having seen the second herd of elk, I felt so accomplished that it pushed me to succeed in my return.  I guess I wasn’t the only one who felt challenged out there because we saw an emergency ATV at one point on its way to rescue someone.

The wild feeling of Point Reyes is so incredible.  I guess I would describe it as a wild abandon feeling.  There is such freedom there.  What can I say…I love our California Coast! 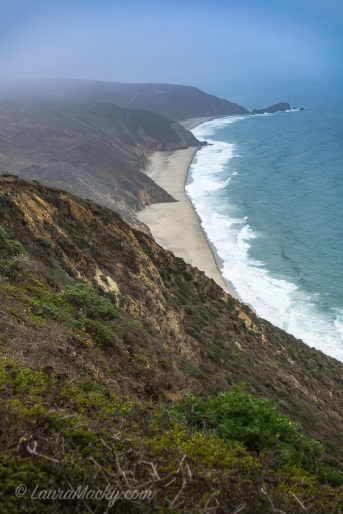 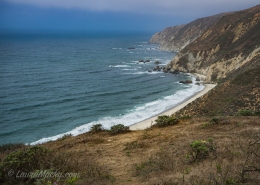 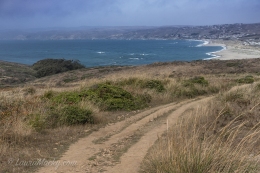 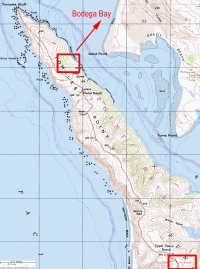 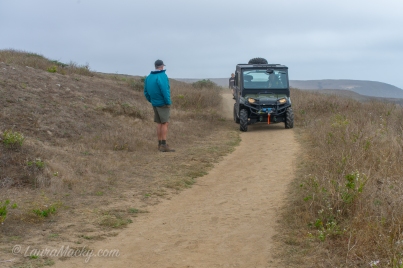 We have so many hills around here which make hiking a challenge sometimes….wait…a lot of the times.   Seems the good things in life never come easy!   If we have intent we can do almost anything!

Looking across the valley I had a sense of accomplishment.  I wanted to stand there and revel in it a bit.  With this achievement was a great feeling of satisfaction and freedom.  I’m the little engine that could!  And ohhhhh what a view from the hill! 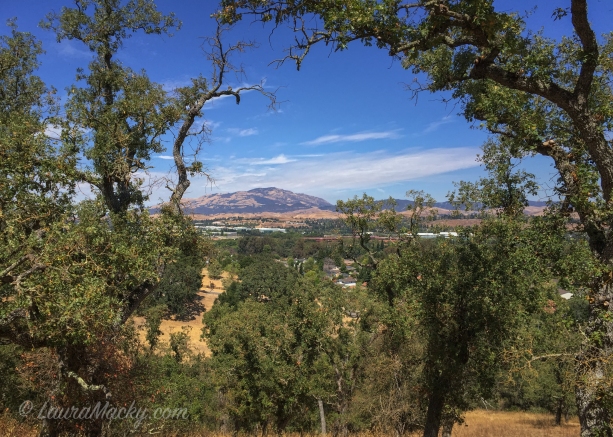 View from the Hill – Taken on my iPhone 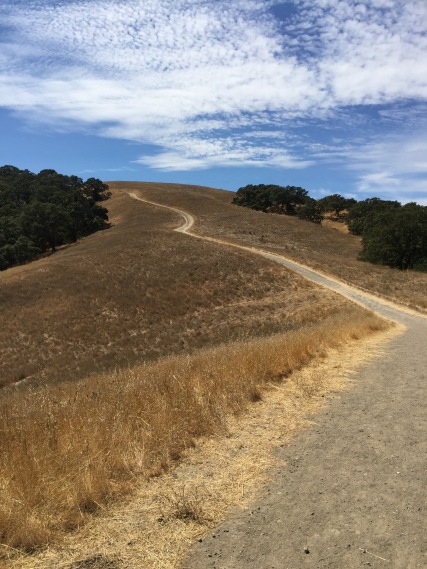 A long road to climb but great things await for those who have intent and perseverance.

With over 53,000 acres, Humboldt Redwoods State Park consists of a vast redwood forest.  There are three types of redwoods: Coast redwoods (Sequoia sempervirens), Giant Sequoias (Sequoiadendron giganteum), and Dawn Redwoods (Metasequoia glyptostrobides), but only one type which is the Coast Redwood grows in Humboldt State Park because they love the cool climate.  The species name “sempervirens” comes from the Latin words for ever and green.   You can read more about these amazing trees here.  I think some of you would love this article.  It’s fascinating how these trees and live.

One thing I loved about the trees up in Humboldt is how OLD these trees are.  These resilient trees often live several hundred years, and in some cases, more than 2,000 years.  Can you believe it?  This makes them one of the oldest tree species in the world.

If you have time:

This is really old! 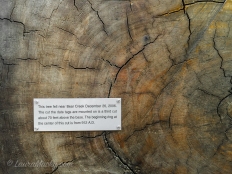 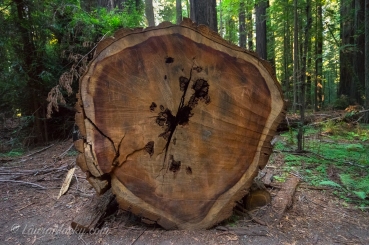 A slice of life! 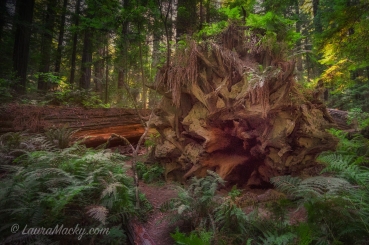 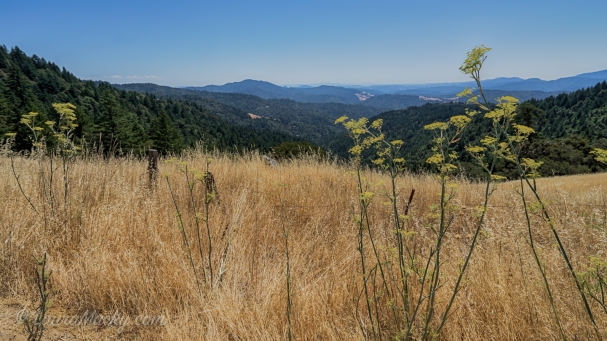 As far as the eye can see!