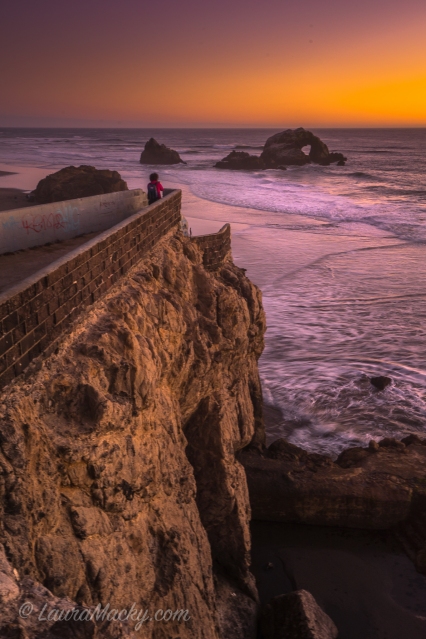 Out on the Point @ Sutro Baths

Yesterday I took my camera club to the Sutro Baths in San Francisco.  I’ve never seen it that busy there, but perhaps it’s because I usually don’t go there on a weekend.  But with the perfect weather AND it being a Sunday evening, the place was packed!  I worried about my camera club members finding parking because I had to circle in the parking lot until someone vacated a space.  Fortunately people did work out the parking and twenty-three of my camera club members showed up!  It was a fun time had by all and I’m enjoying seeing the pictures everyone is posting on my club website.

For people who don’t know what Sutro Baths is, Adolph Sutro, the self-made millionaire who designed Sutro Heights and later the second Cliff House, developed the amazing Sutro Baths in 1894.  With his special interest in natural history and marine studies, he constructed an ocean pool aquarium among the rocks north of the Cliff House.  Sutro then expanded his ocean front complex by constructing a massive public bathhouse that covered three acres and boasted impressive engineering and artistic details.

You can see some of the ruins of Sutro Baths in the first image and the Cliff House in the second image.  (To read more about the history, please click here.)

Into the Light at Sutro Baths in San Francisco 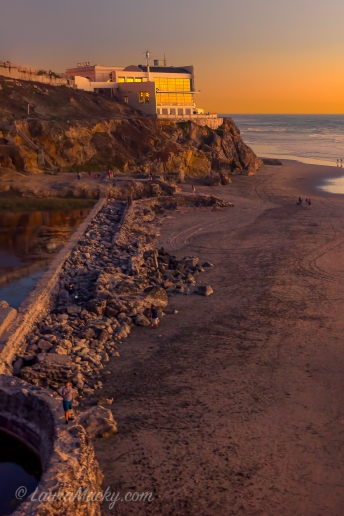