You know how I love the Golden Gate right?  I actually like bridges in general but this bridge I can’t help but be drawn to.  There are so many angles you can take this bridge from that I think it’s almost endless.  The day I was out here with a friend from Colorado there wasn’t a breath of wind!  It was incredible!

This little guy was begging for his photo to be taken….or maybe it was food he was after.  😉 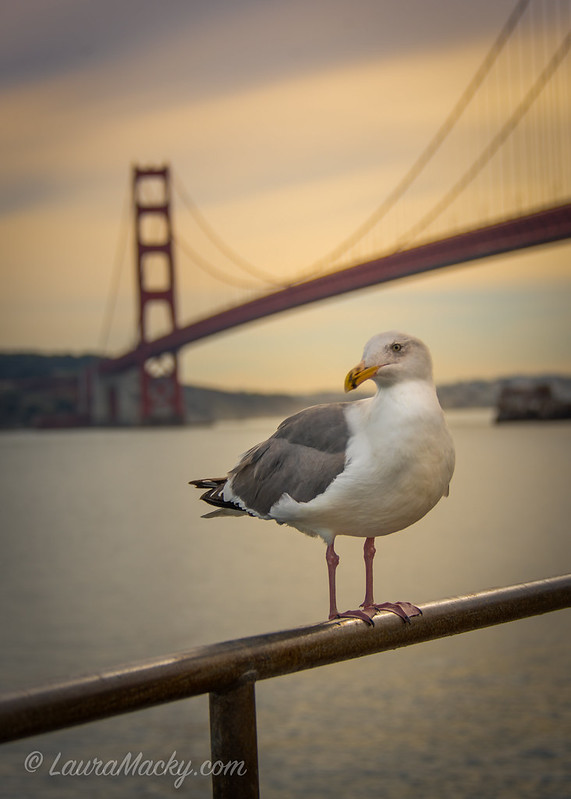 A few days ago my camera club and I went to the Emeryville Marina to take pictures.   Zooming into the Golden Gate Bridge would’ve been ok, but I knew that’s what others would do and I wanted to do something different.  Of course!  So I came up with this.

Hope you all had a wonderful weekend!

I know some of you like to see what my original photos look like vs. the processed ones, so I thought I’d share an iPhone photo I took at Sutro Baths the other day with my camera club in its original form as well as the edited version.  Normally I edit iPhone photos on my Phone via various apps, but this time I thought it’d be fun to bring it into Photoshop to see what I could do with it. I’m showing the edited shot first.

I was so thrilled that I caught a couple in love standing on the rock in the foreground with the Golden Gate Bridge in the upper right making a cameo appearance.   Don’t you wonder what the couple was saying to one other???

Hope you are all having a wonderful weekend!