Here are a couple more images from my camera club outing to Cathedral of Christ the Light in Oakland.  We had a most excellent docent who gave us all kinds of interesting information about this church.  I was totally fascinated!  I decided that I would post a picture or two for a few posts along with something I learned about the Cathedral that I found interesting.  This cathedral is full of symbolism and is a representation of ancient and new coming together.

There is a history of churches being built in the shape of a cross, but this one is different.  The footprint of the Cathedral is the shape of a fish.  You’ve probably seen those fish symbols on bumpers of cars, jewelry or greeting cards.  I always thought that was a new Christian symbol, but I came to find out it is very old.  The shape is a vesica piscis, (fish bladder in Latin) which is an oval with pointed ends created by the intersection of two circles of the same radius.  The shape of the vesica piscis calls to mind a fish, which was used as a symbol by the earliest Christians because its Greek spelling— ΙΧΘΥΣ—could be used as an abbreviation for “Jesus Christ, Son of God, Savior.”

To carry this even further, in ancient times people didn’t wear the cross as people do now.  The cross in ancient times represented death and pain…criminals were crucified and it was very bloody.  If you admitted you were Christian, you would be killed, so the cross was not worn.  So instead, when someone was wondering if another was Christian, they would draw in the sand or dirt with their foot half a fish.  If the other person completed the other half of the fish by drawing with their foot for example, both knew they could talk about their faith together.

Not only is the fish the footprint of the church, but its shape is repeated throughout the church as you can see in the ceiling.  After all that I’ll leave you with these images! 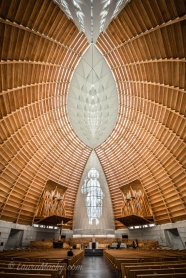 Cathedral of Christ the Light

Cathedral of Christ the Light

Okay so it didn’t come out how I had hoped but here it is nonetheless.  I really needed to take two rows of shots and then stitch them together but I didn’t.  I took four shots all in one row but it just wasn’t enough!  I think this would all work a lot better in a much larger place where the walls and ceiling weren’t so close to me.  Even with my widest angled lens (14-24mm), I couldn’t get it all in these four shots.  Plus, the distortion was pretty great with this lens and it couldn’t be accurately fixed in photoshop because of the panorama.

I did find out that I prefer PTGUI.com to stitch the photos together over Photoshop.  A LOT more control there and so much more to learn on that program as well.

The good news is that I learned a lot from this test!  I took other pictures in this church which I will share later, but for now I’ll leave you with this….such as it is lol.

Time to get my day going!  Hope you all have a good one! 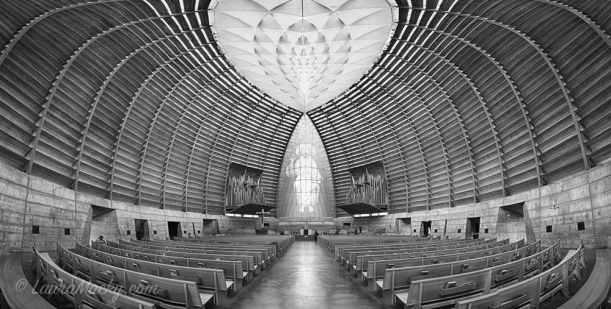 Here are some extra photos I took at the Paramount the other day using my 14-24mm lens.  Just thought I’d place them in a gallery for you.  I did these all in Lightroom and added different effects just for the fun of it.

Have a great Sunday! 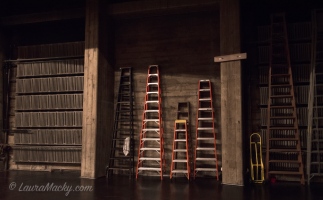 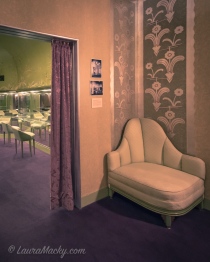 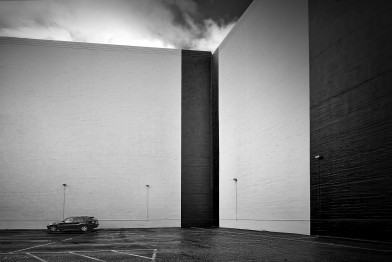