The other day I took my camera club to Don Edwards Wildlife Refuge.  I’d never been there and I was pleasantly surprised at how beautiful it is!  We didn’t see a huge amount of birds but it could be the time of year or time of day we were there.  It didn’t stop us though…all 20 of us!  Below is a gallery of a few images I took there with my Sony A7.  This camera is so easy to carry around.  I love it!

This refuge was founded in 1974 as the first urban National Wildlife Refuge established in the United States, and it is dedicated to preserving and enhancing wildlife habitat, protecting migratory birds, protecting threatened and endangered species, and providing opportunities for wildlife-oriented recreation and nature study for the surrounding communities.  The wildlife refuge, originally named San Francisco Bay National Wildlife Refuge, exists thanks to the efforts of local citizens and members of Congress, especially Congressman Don Edwards, who the park was re-named after in 1995.

As of 2004, the Refuge spanned 30,000 acres (120 km2) of open bay, salt pond, salt marsh, mudflat, upland and vernal pool habitats located throughout south San Francisco Bay. About 9,000 acres (36 km2) of salt ponds within the refuge are managed by Cargill Salt, which has perpetual salt-making rights. Cargill uses the salt ponds to concentrate brines as part of its solar salt operation which produces salt for food, agriculture, medical, and industrial uses throughout the Western United States. 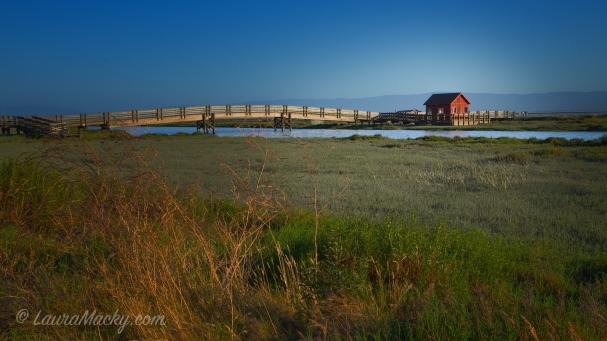