I know some of you like to see what my original photos look like vs. the processed ones, so I thought I’d share an iPhone photo I took at Sutro Baths the other day with my camera club in its original form as well as the edited version.  Normally I edit iPhone photos on my Phone via various apps, but this time I thought it’d be fun to bring it into Photoshop to see what I could do with it. I’m showing the edited shot first.

I was so thrilled that I caught a couple in love standing on the rock in the foreground with the Golden Gate Bridge in the upper right making a cameo appearance.   Don’t you wonder what the couple was saying to one other???

Hope you are all having a wonderful weekend! 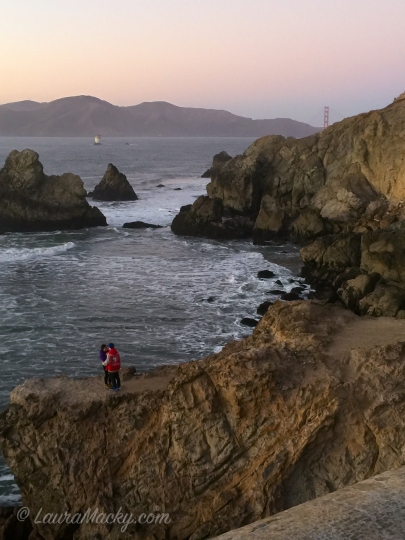